There are many “social media marketing gurus” out there, and just as many, if not more, influencers with massive followings selling you something every time you refresh your feed. How can you tell if they’re legit?

Enter: SocialBlade. This nifty site allows you to look at the analytics for users on social media platforms from Youtube to TikTok, and everything in between.

For most users, it allows you to look at a brief history of the user’s account over the last year or so. You can track followers, unfollows, media upload count, and more.

What are some things to look out for and investigate before you give any of these gurus/influencers your money or time? 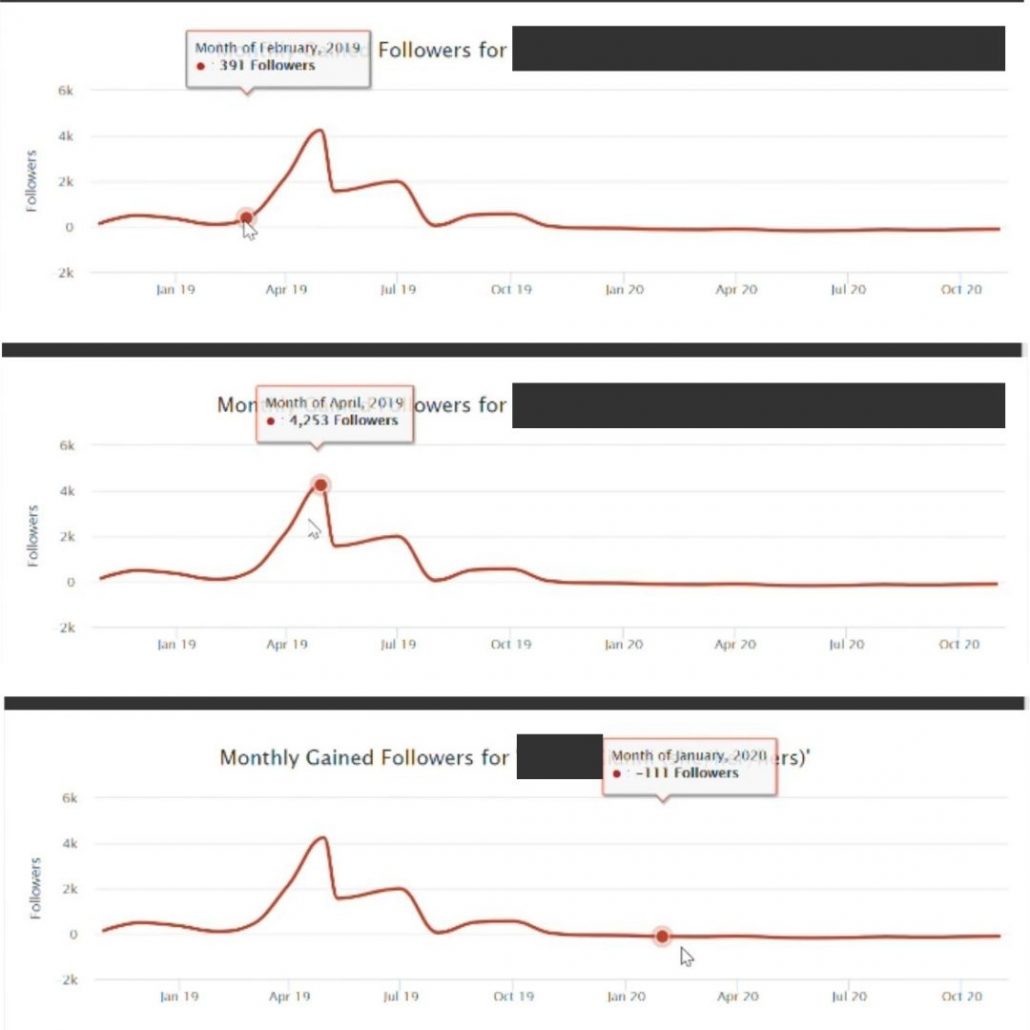 One thing to look for is a sudden increase in followers, an unusually high number, especially compared to their average follower count, surrounded by a gradual dropoff. A big increase isn’t the most unusual thing to happen – let’s say someone was cast in a show on Amazon Prime and their PR team announced it. There’s a big chance their social media following is going to grow. But the thing is – it’s more likely than not) going to keep growing. 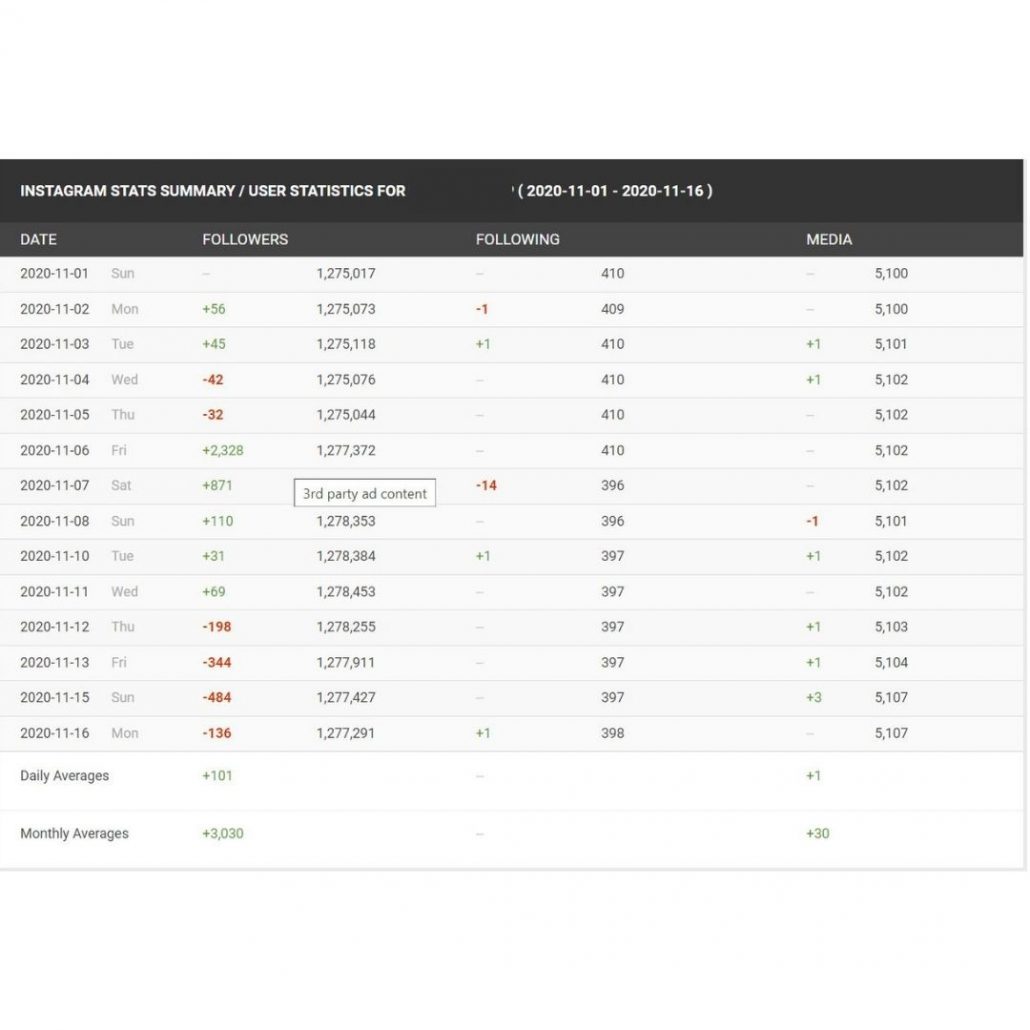 Here are some statistics from a popular fitness Instagrammer who has been accused of buying followers. If you look at November 6th, they had a sudden increase of over 2,000 in one day.

Another giveaway of a fake following: low engagement on posts. SocialBlade considers followings with 1-2% engagement rate to be “okay” while 5% is considered a success and much more likely to have an authentic following versus fake followers.

So why do people buy fake followers? Honestly, if I had to guess, it probably goes back to appearances. If you have over 10K, you can use the swipe up feature. It “looks” more legit. But it does more harm than good in the long run. Audiences are wising up. Instagram is getting smarter in catching it behind the scenes. Remember the purge of inactive followers from a few years ago that people freaked out about? A lot of users who bought fake followers basically wasted their money and their follower count dropped. At the end of the day, buying followers can get your account shut down if you’re not careful. It’s really not worth the risk.

So, lets recap. The next time you see someone with an impressive social media following who is trying to sell you some sort of IG course or service, look them up first before you open your wallet. Scroll through their feed, look at their pictures and videos. Are they getting the kind of engagement that you think is successful? Or are they selling you the appearance of being successful? There is a big difference.

I love using my voice on social media to spread happiness, meet new people in the industry, and have also had the pleasure of making some incredible friendships online through various platforms. To me, it’s more than image, it’s about the connection. Why have a large following if you’re not truly making an impact? I might not have as big of a following as some people who push social media marketing online, but the numbers speak for themselves. I’ve never claimed to be an expert, just someone who loves using social media to actually be social and meet new people. I’d rather have a smaller following if it means I’m being authentic and genuine versus selling a lie.

Be honest with your audience. Especially if these are people buying from you and trusting you with their business.

Stay tuned for part 2 of the blog where we’ll talk about ways you can authentically connect with your followers, and some tools that have been really helpful for me in my business.