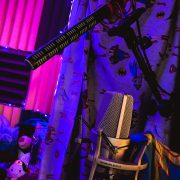 Instead of pretending it didn’t happen, we’re gonna talk about it because I think there’s a lesson to be learned here.

I recently shared a picture on my Instagram of my booth with my new mic. It got a lot of engagement and really hyped me up, and I was so excited to use it. Cool, right?

Well… as some of my eagle-eyed friends noticed, it wasn’t actually a 416. I didn’t even really notice as I was putting it together. I thought it looked a little funny, but since I’ve never used a shotgun mic before, how would I have known? Bingo.

It wasn’t until my friend and all-around rockstar VO genius Mike DeLay at Real Voice LA sent me a kind DM pointing out that it looked like a different mic – the ME 66 for those who are curious – and to make sure I didn’t get scammed. (Big thanks again, Mike! And if you’re not following him and Real Voice LA, you totally should).

Turns out we got scammed.

My husband, who does not work in our industry, knew I wanted a 416 for a long time, so he went on eBay to get one for me. Found a seller with great reviews and the picture in the listing was a legit 416. As soon as it arrived, it was wrapped up and ready for the holidays. It was at a significant price cut, great seller, what’s there to lose?

After Mike reached out to me and I confirmed that the mic we got was NOT the one in the listing, we opened up a case with eBay. The seller fought us on it and said we were wrong, so we had to escalate the situation. I’m sure it’s a good mic – but the price difference between a $150 mic and a $1200 mic is noticeable – and when you’re paying money for a mic, you want to make sure you’re getting the right one.

It’s been sent back, our refund is pending, and I’m on the hunt for a new one.

Moral of the story?

– Have a support team. I’m not in any way bashing my husband’s efforts in getting me this new mic and that isn’t my intent by sharing this. He’s a really good egg, and if I’m grateful to have someone who believes in me as much as he does. He did a good thing. I’d like to give the seller the benefit of the doubt as well, that maybe they made a mistake and didn’t try to scam us. Optimism, I guess.

– Piggybacking off the first point of having a good support team. Build relationships with people in your industry. If Mike hadn’t reached out to me, I’m sure it would have taken me a long time to figure it out, or it would have been pointed out to me in a way that would have been maybe more embarrassing, like with a client. Yikes.

– Be someone that can take feedback with your career (and life). If I had told Mike he was wrong, being the expert that he is, and went along my merry way, that would make me look like a total ding-dong, right?

– Share your wins and your losses. Maybe they can show some reality to an otherwise perfectly curated feed and be a teachable moment.

– NOT EVERYTHING YOU SEE AND READ ON THE INTERNET IS TRUE.

– You can still be a pro and make mistakes. It happens. Move on.

– Be careful about who you purchase your equipment from. If it seems too good to be true, it probably is.

Whew! I already feel better just sharing that. Did I miss anything or did you feel better after reading that? Let me know in the comments. 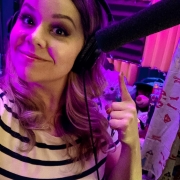 everyone loves a happy ending 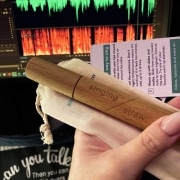 What do you keep in your utility belt?
LONG & HOPEFULLY HELPFUL POST by Brigid Reale

PUT YOUR EGO TO REST
Scroll to top